Open Sky Jazz Commentary #1 By Willard Jenkins A constant refrain from many of us who love jazz music and simply cannot understand why more of our peers (and sometimes even folks living under our same roof!) don’t seem to … Continue reading → 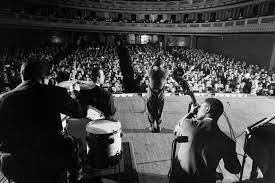 A constant refrain from many of us who love jazz music and simply cannot understand why more of our peers (and sometimes even folks living under our same roof!) don’t seem to appreciate the music – or at least not with the same level of passion as do we the deeply immersed – is to search for systemic issues as the culprit.

We talk about what some see as the lack of sufficient venues dedicated to jazz (and Lord knows we currently face the challenge of the aftermath of our current pandemic and what that will mean to our cherished venues!). Others of us talk as though “jazz musicians just ain’t what they used to be”, a living-in-the-past mentality that more than a few of us cling to with great tenacity – ignoring the gifts today’s generation of jazz musicians have to offer. Still others of us see the criminal lack of music education in our public school systems as the major culprit for the neglect of jazz by larger audiences. 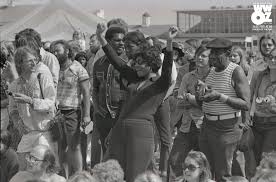 The late jazz master Max Roach, (in part inspired by the example of his godson, hip hop pioneering media figure and scenester Fab 5 Freddy (Braithwaite), and other learned folks postulated that the birth and subsequent rise of hip-hop coincided with the draconian Reagan-era cuts to pubic school arts education. The prevailing wisdom being that kids are innately blessed with the will to make music, and when those cuts meant that succeeding generations of school kids would not have such easy access to instruments in the schools as did, let’s say the Boomer generation, they found other means of musical expressions in a kind of found vehicles arena – exploring turntable technology and spoken word expressions.

As I see it, the most critical issue facing jazz music continues to be audience development, the need to grow the jazz audience to a level that includes those additional potential jazz audience members who simply have not been sufficiently exposed to the music enough to become regular and appreciators and even avid consumers of the music. 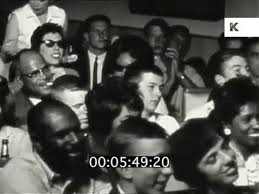 Having taught jazz survey and jazz history courses on the university level (including Cleveland State University, and Kent State University, my alma mater) I never fail to be amazed at the number of people who simply have not been exposed to this music, and certainly not in ways that would encourage them to become jazz audience members.

Let me give you an example. For the most recent jazz courses I’ve taught, each final exam is an essay test that has included a final question for which each student respondent is guaranteed the maximum number of points – in other words it’s a bit of a throwaway question – but certainly one with an ulterior motive. That question simply asks the students what has this course meant to you? It never ceased to amaze me how many – and these are college students I’m talking about – who respond with words to the effect that, I never knew this music existed! Or, this course has opened up a new world of music for me! That’s the power of jazz to open up the ears of those new folks who are simply not exposed to the music.

Then there are those who, without even investigating the music, think jazz is too complicated, or is somehow old folks music. Yes, I admit that listening to jazz does most often requires degrees of deeper listening immersion than most popular music commands. But why place that familiar stricture that I just don’t understand that music jazz music? On the other hand, there are certainly plenty of folks who have the aptitude for deeper levels of listening.

Some folks think you have to know something to enjoy jazz. I remember a great line from the late poet Sekou Sundiata, who once said when he was young that he didn’t truly appreciate John Coltrane because he mistakenly thought you ‘had to belong to something.’ Yes, there is that kind of insider perspective among some jazz fans. And let’s admit it, there’s also a kind of I know something that you don’t… attitude among some jazz enthusiasts. But please don’t let that stop you from checking out jazz.

In an interview I did with him for a forthcoming book, the jazz critic Gene Seymour said, “Jazz is neither a trip to the dentist, or a complex code whose secrets are out of reach to all but either select or mutant beings.”

We have extraordinary jazz education – perhaps the strongest sector of the jazz community is its global education system – we have more than enough proficient to excellent level jazz artists vying to play this music, from around the world – and we do indeed have a decent amount of jazz venues striving to present this music we call jazz. What we need more than anything is to grow the audience for jazz, if only to engage enough people to support the careers of these young musicians emerging on the scene – at least once we get beyond the necessities of our current social distancing era.

We must further develop the audience for jazz through simple exposure; we must grow the audience for jazz so that there is an expansion, an expansion of the number of venues that will employ the legion of jazz musicians playing this music well who are steadily arriving from education programs, thus encouraging musicians to practice and sustain this art form, to grow the number of stages for musicians to perform – a factor further challenged by whatever brave new world we face once we have gotten beyond the current pandemic. That’s the biggest issue facing the growth of jazz music… audience development! 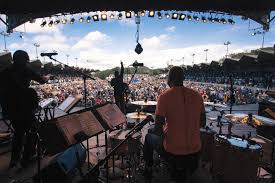